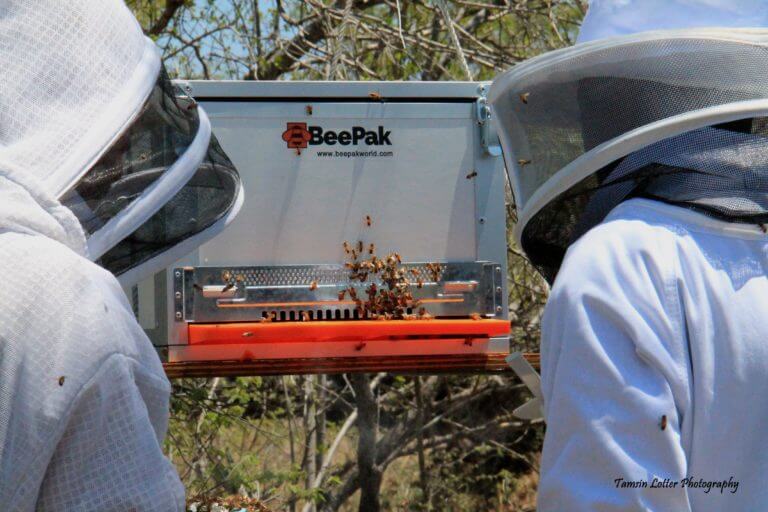 Following on from the success of Elephants Alive’s pioneering bee hive project (see link), the next exciting phase is underway! 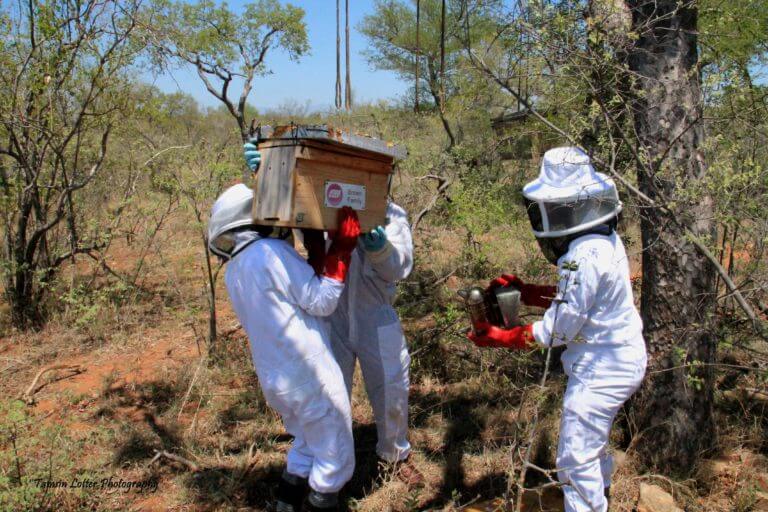 Thanks to funding from the EMS Foundation, 25 new, superior Beepak hives have now been hung in iconic marula trees in Jejane Reserve.  These replace Elephants Alive’s initial simple, wooden research hives. These innovative new hives better protect the bee colonies from drought conditions, extreme temperatures and have plenty of space for honey production.  Beepak hives were invented by Cape Town based Mark Collins. These new composite hides are revolutionising bee-keeping – indeed Mark Collins won “SAB’s Social Innovation Award” in 2014. The hives are very durable, have improved insulation properties and the bees can be fed as part of a system within the hive itself. 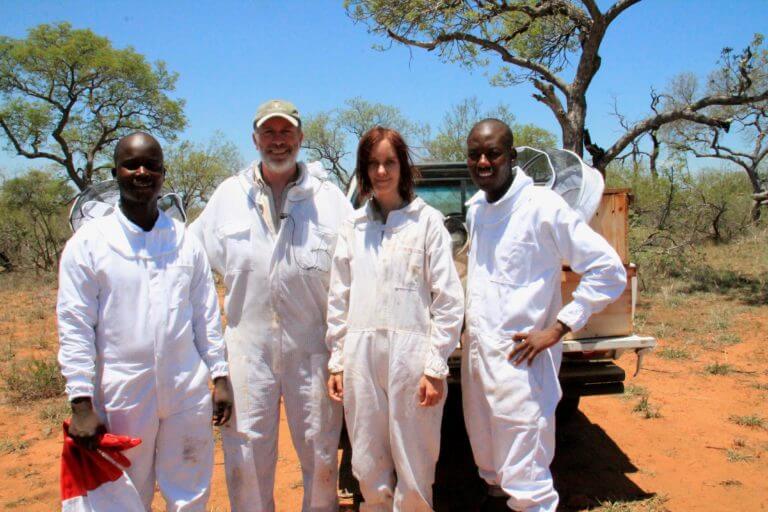 Mark Collins spent 3 days with the Elephants Alive team, training Bee Project Manager Ronnie Makukule, and his assistant Prince Nkuna to install and manage the new hives on Jejane.  Wearing thick protective bee-keeping outfits, during one of the lowveld’s hottest weeks, the team carefully transferred each bee colony from its old wooden hive into the new Beepak hives.  As Ronnie and Mark gently moved the wax frames, swarming with bees – Prince helped keep the bees subdued with his smoker, filled with smouldering elephant dung. The Beepak hives were then suspended from the marula trees. It was hot, hard and careful work, but all swarms were successfully moved into their new homes – with only a few stings! 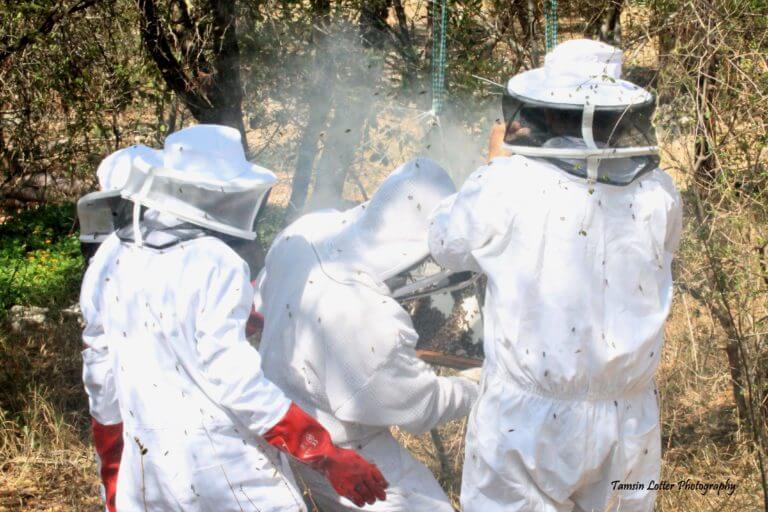 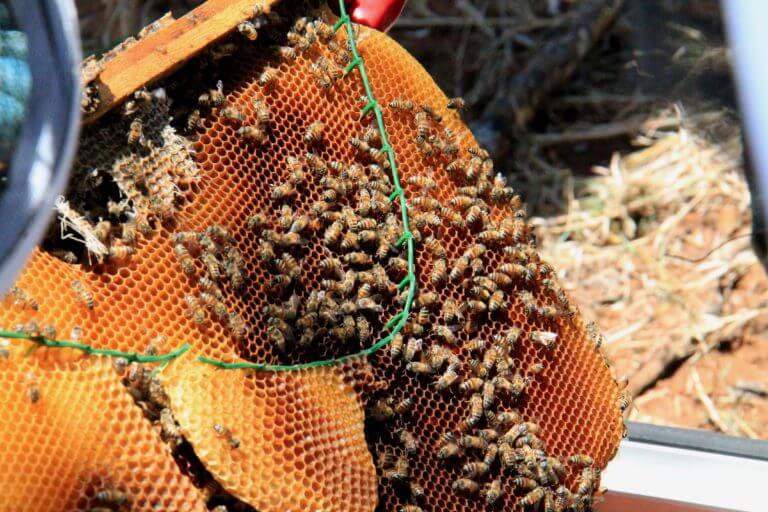 It is hoped that honey production will commence once summer is here and the bees can find more food from flowering trees and shrubs. Elephants Alive plan to develop an “elephant friendly” honey and wax business, run by local community members, including the all-female Black Mamba team.

At the invitation of Ron Sams, a lodge owner on the Balule Reserve, Mark Collins was also invited to speak to a group of ten lodge owners during his stay.  They are keen to protect the iconic trees around their camps from damage by elephants – especially during these drought conditions. Building on Elephants Alive’s success on Jejane reserve, bee hives are now being ordered by Balule, and staff members will be trained in beekeeping skills.

It is inspiring to see Elephants Alive’s pioneering research now acting as a template and model of success for other reserves. This research is providing a valuable case study for job creation, biodiversity friendly livelihoods and the reduction of human: elephant conflict - a win: win solution for elephants, large trees, game reserves and the local communities.

Thank you to the EMS Foundation for funding this next instalment, to Mark Collins for all his help, support and expertise and to Jejane Reserve for hosting our hives.