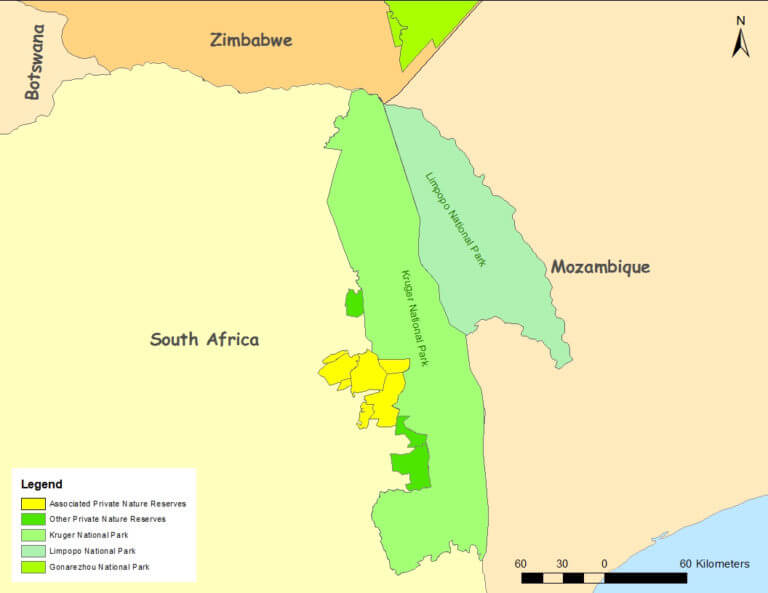 I first started observing elephants in the Associated Private Nature Reserves (APNR) on the western boundary of the Kruger National Park in 1996. For fun, together with my artist Mother, I started to record the ear patterns of elephants in the area after reading the books of Iain Douglas-Hamilton and Cynthia Moss. Already set on becoming an ecologist I was completing my MSc at the time. Later, I finished my fieldwork for my PhD and had to leave the bush with a heavy heart for the write-up phase in Pretoria and Johannesburg. Marlene McCay whose father was instrumental in founding the Timbavati Private Nature Reserve together with Dr. Iain Douglas-Hamilton saw the drawings and kindly enticed me back to the area to manage an elephant project focussed on continuing the ID study and radio-tracking elephants. As time passed Marlene and I co-founded Elephants Alive (EA), officially registering the project with Kruger in 2003. Long-term research contracts are always hard to come by so EA had to earn its keep and prove our devotion and commitment. More than 20 years later, with tears of gratitude I signed the 10 year contract (specifically with the Timbavati Private Nature Reserve, Klaserie Private Nature Reserve, Balule Private Nature Reserve and Thornybush).

The humble roots of our work, although planted in the APNR, have spread like the movements of the collared elephants across the vast landscape of Great Limpopo National Park. Our ID study has grown to over 2000 individuals and from the first elephant collared in 1998, we have collared 79 since then. The common thread running through it all has always been the elephants and the APNR. They say (Nelson Henderson) that the true meaning to life is to plant trees, under whose shade you do not expect to sit.

Thank you for this wonderful opportunity to continue our work and for providing new meaning to this wise saying. I hope that the shade of the EA tree will always cast a shadow over the APNR and that many an elephant will come to rest beneath the branching network of all who have offered us support over so many years.