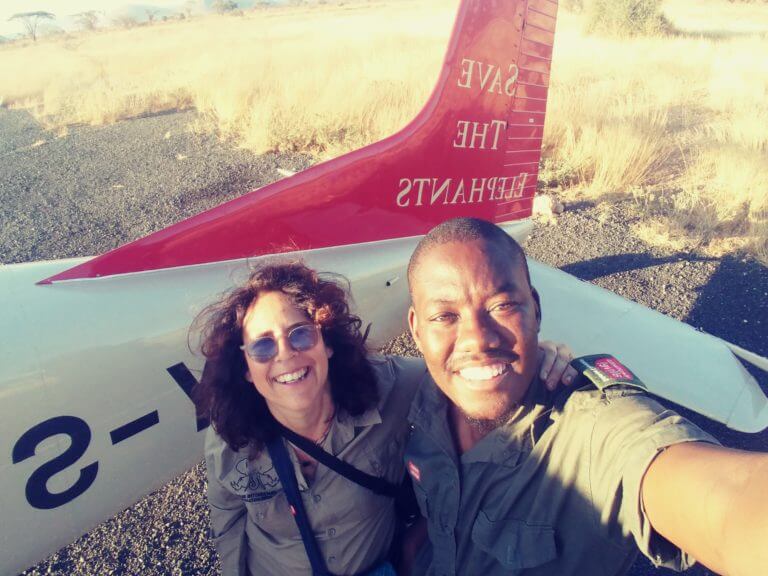 When Michelle told me we were going to Kenya together I was so excited and proud – but also nervous at the same as this was my first ever international flight. But I couldn’t wait to see how it feels to fly above the clouds. 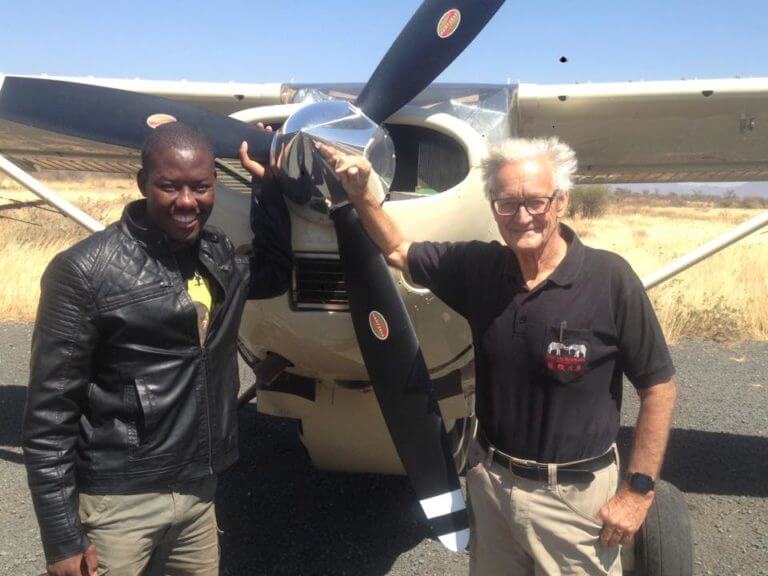 As the pilot announced we would be landing in Nairobi, I felt like crying because I was so happy to be in Kenya for the first time. We were driven to the Save The Elephants head office where we met with Founder Dr Iain Douglas Hamilton. It was seven years since we last met and I was thrilled to spend time with this great hero of mine - the Nelson Mandela of the conservation world. 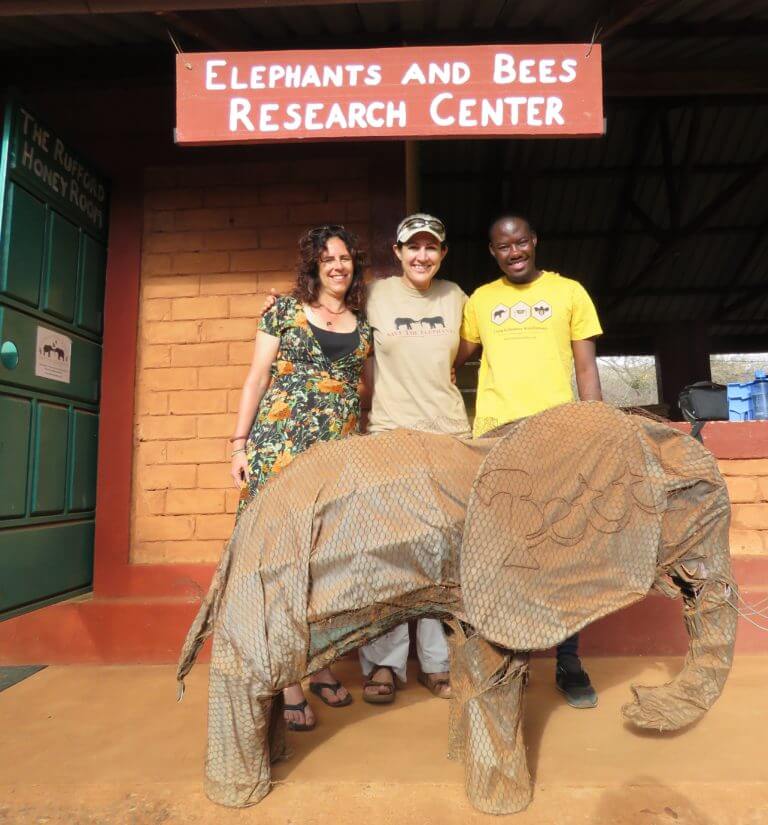 The next day we travelled to Voi, where the Save the Elephants Bee Project team are based. This was the first time for me to meet the ‘mother of bees’, Dr Lucy King. She is helping the communities protect their crops from elephants with bee hive fencing – she is also a real inspiration to me. Next morning the team took us to see the bee fences in the community at first hand. We were guided by Emmanuel Mwamba.  It was great working with them as they told a lot of stories about working with the bees and elephants during different seasons. We spent two nights here – sharing our experiences with bees. 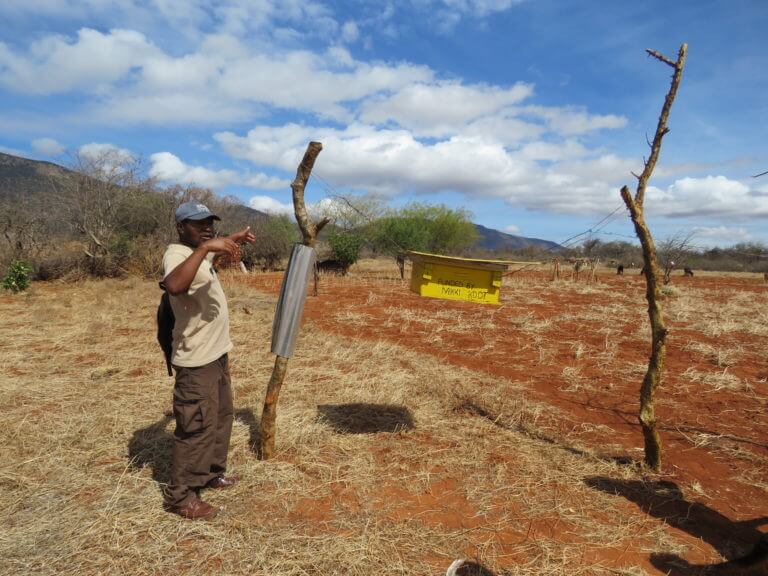 Next, we flew to Samburu National Park. I was nervous as it was a small plane – but I loved the views of Mount Kenya en route. On arrival in Samburu we met the rest of the Save The Elephants team, who took us on a short game drive. The first animal I saw was a Dik Dik and I couldn’t stop taking photos of this tiny antelope. The STE guys were intrigued why I was taking so many photos and I realised that I was like the tourists in South Africa seeing their first steenbok! Samburu is so different to the Greater Kruger reserves and I was thrilled to see some of the Kenyan wildlife specials such as Grant’s gazelle, Gerenuk, Rothschild’s giraffe and many new birds. What amazed me most about the elephants here is that they depend on the permanent flowing Ewaso Ng’iro River and could be found predictably moving either two or from the river in vegetation at elephant knee height. This meant that collecting ear patterns and identifying individuals is so much easier than in South Africa! 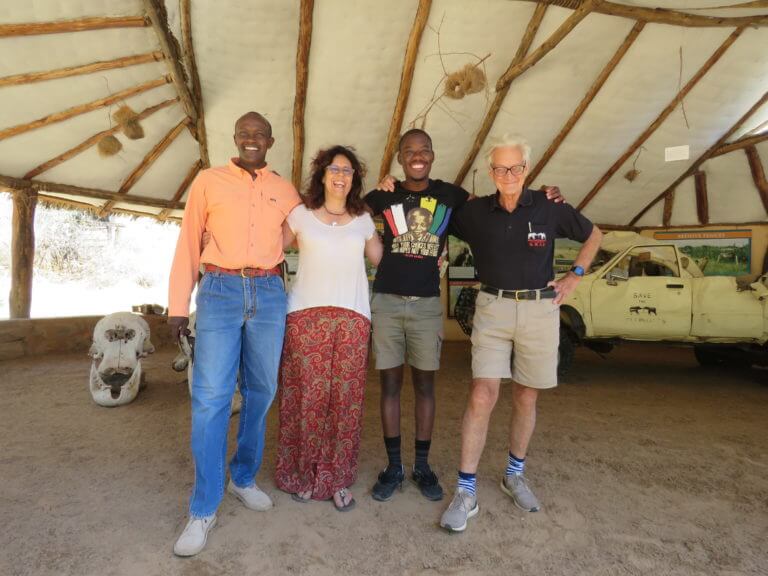 Next morning, I finally met another of my elephant heroes – David Daballen. He has inspired me in my work studying elephants. He shared with me his amazing tracking expertise. On our game drive together, we encountered a breeding herd of elephants that were not yet part of the Save the Elephants ID project. It was so wonderful to watch how he recorded the herd, and we spent almost two hours with them recording each individual. The next morning Iain joined us and took us on an aerial tracking survey in his small plane. We flew for almost 3 hours counting Samburu herds and it was amazing to see the elephants’ paths between the villages with no fences or boundaries. 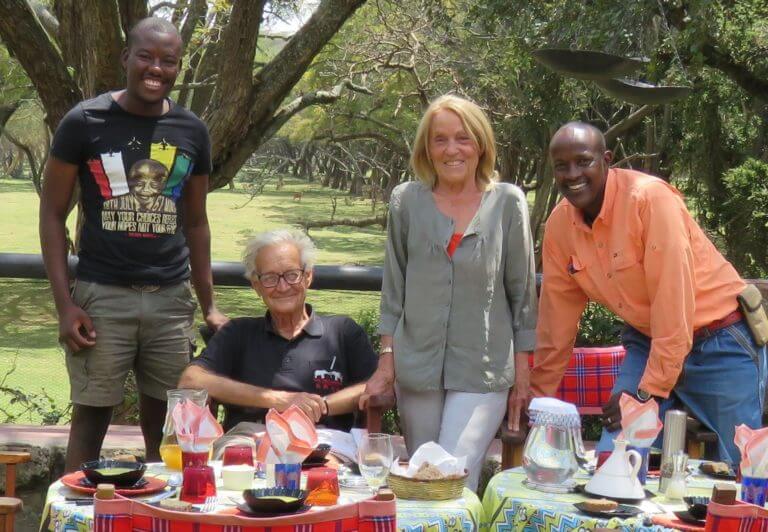 The next morning we had to say goodbye to the STE team, and Iain flew us from Samburu to Naivasha. Here we met his wife Oria at their beautiful home on the edge of the lake – and I saw my first ever black-and- white colobus monkeys. I got to thank and say goodbye to Frank Pope just before leaving on our final flight from Nairobi back to South Africa.

This was the trip of a lifetime for me – so many new experiences and best of all spending time with my elephant heroes – Dr Iain Douglas Hamilton, Dr Lucy King, Frank Pope and elephant ID expert, David Daballen.

I am very grateful to Michelle and Harriet from Elephants Alive for working on my funding application to STE. On the STE side, I am blessed to have met Iain, Oria and Dudu Douglas-Hamilton. Thank you so much, Frank Pope for approving the application. Lesley Nalwa did a wonderful job planning all our train, taxi, flight and accommodation requirements ahead of time.