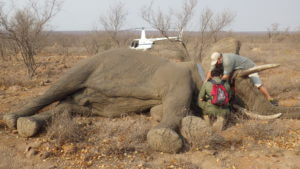 Since 1998, Elephants Alive has conducted over 100 elephant collaring operations in the Associated Private Nature Reserves and the Kruger National Park. We have seen our study animals move widely with some of the younger risk-taking bulls having home ranges as large as 11 000 km2. We have always counted ourselves fortunate to have such a large study area known as the Great Limpopo Transfrontier Park which straddles three countries (South Africa, Mozambique and Zimbabwe) and in its entity is similar in size to the Netherlands.

We were pleased when we could join forces with Conservation Action Trust and Save the Elephants to deploy our fist collars in Limpopo National Park (LNP) in Mozambique. Elephants were difficult to locate and after much searching a large aggregation was found in close proximity to each other for added protection.  We deployed the first five collars on the 17th of September 2016 and were particularly glad to have found a large bull with sizable tusks to fit with a collar. There were many tell-tale signs indicating that illegal poaching of elephants was a real problem in LNP but we never dreamt that Charlie, our fist collared ambassador in the Park would be slain on the 19th of November, just over two months after collaring him. We had collared three females and only two bulls. Shortly after Charlie’s death, Pieter Jansen Van Rensburg was arrested for hunting in LNP which is forbidden in the Park. 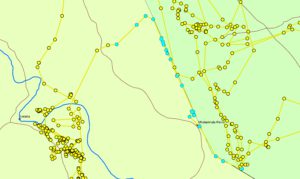 Charlie had become yet another casualty to man’s greed only a couple of hundred meters from the Kruger border.  He had also become our first collared elephant to be poached and we were devastated. However, we are determined not to let his life and what he represents be forgotten in the statistics of time which are mounting to close to hundred elephants being poached daily in Africa for their ivory. We will continue to collar elephants in the Park to understand how they navigate fear landscapes. We have appointed a full time researcher (Kristoffer Everatt) to keep tabs on the elephants with his salary and vehicle kindly covered by Save the Elephants and the International Fund for Animal Welfare respectively. We are proud to have partnered with the PAMS Foundation to tackle the problem holistically as they have extensive experience in wildlife protection amid poaching.

We would like to thank Andrew Desmet from SANParks who verified that a carcass was to be found at the end of his collar tracking line which appeared to stop in mid air. Dr. Carlos Lopez Pereira from ANAC went the extra mile to locate the collar which had been cut off by the poachers. We are very grateful to the funders for enabling us with their existing funds to see where much work is needed and to start tackling the problem. More funds will be required to address the many concerns that lie ahead. Please make a PayPal donation online with the inscription ‘Charlie’ if you wish to help us with this important project (http://elephantsalive.org/support-us/). 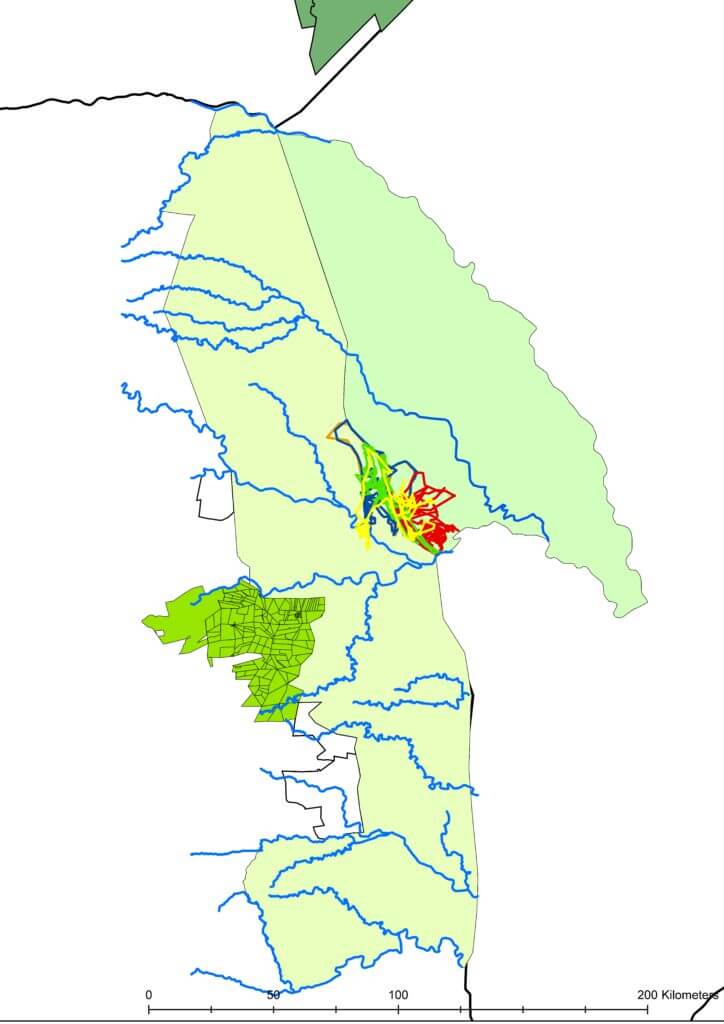