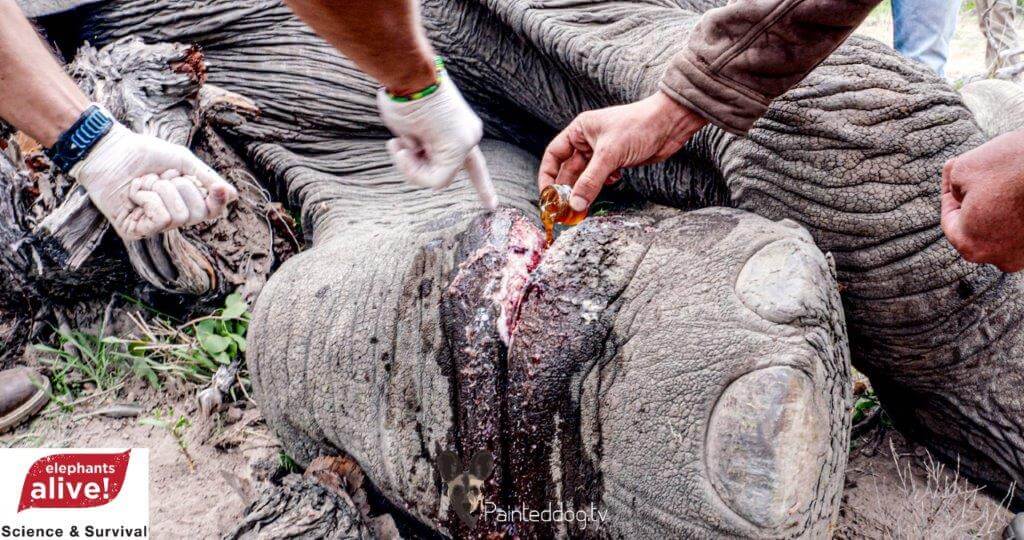 Elephants Alive were called about a bull elephant on Mahlathini Private Game Reserve (north of Phalaborwa), that had been seen with a horrific snare injury on his front leg. The injured elephant had first been sighted a month ago – but had then disappeared and presumably left the open reserve. It was then spotted again just before Christmas - and we knew we had to help.

It took two long, frustrating days for the Elephants Alive team, working with the reserve’s scouts, to search the thick mopane bush to find the bull. But we knew we couldn’t give up, as we kept imagining the excruciating pain he must be in. 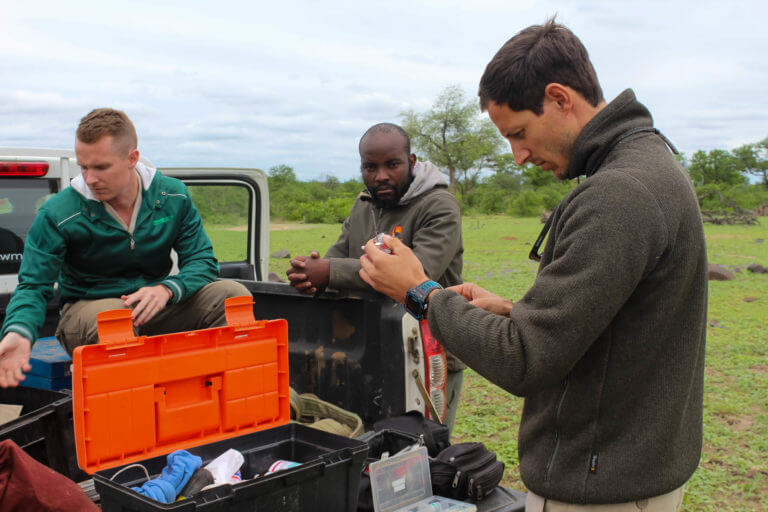 Having finally located him, we called in the chopper which quickly arrived from Hoedspruit.  Wildlife Vet, Dr. Joel Alves alighted and briefed us on his plans for the operation. Back in the air again, and with the skilful flying of pilot Gerry Macdonald, the elephant was darted and herded as close as possible towards the road. 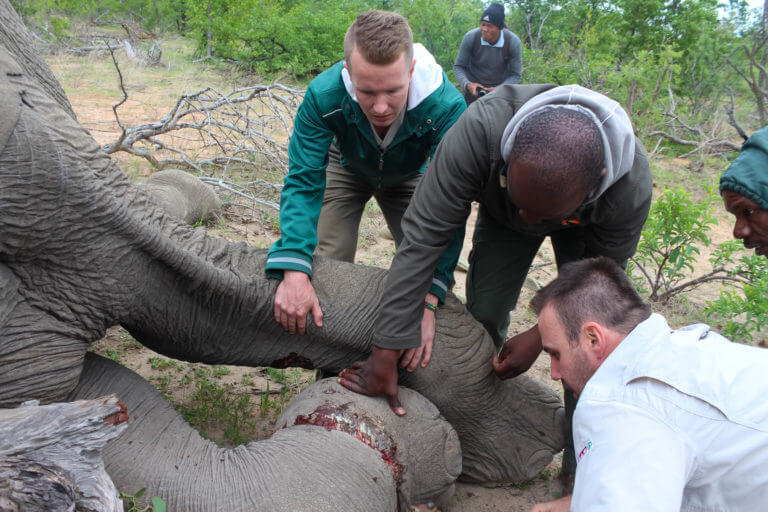 As soon as he’d gone down, the team rushed in. It was a horrific wound, with the snare cutting in deeply. The tortuous wire was cut with bolt croppers, and Joel treated the deep wound with antibiotics. Joel also smeared the wound with Elephants Alive organic honey! Honey is anti-bacterial and has properties that help promote wound healing. This is the first time our honey has been used in this way – and Joel asked for further supplies to treat other wildlife injuries. 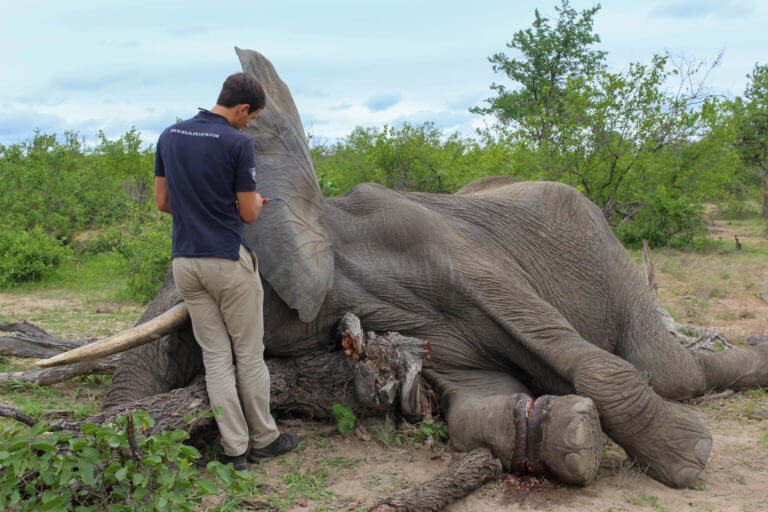 A sweet ending to a snare saga. We hope the elephant’s injury heals quickly and he makes a full recovery….

A very big thank you to Michelle Campbell of Wild Wonderful World (instagram profile: Wildwonderful_world). She has offered to sponsor the costs of a collar for the next elephant that is treated for a snare injury. It will be so valuable to be able to track a treated individual so that Elephants Alive and Joel can monitor the wound recovery after being treated with honey (June 2020).