Elephants Alive was honoured and delighted to have a group of 9 members of the Young Pesidents Organisation ( YPO ) and their families, join the team and fund a major elephant collaring operation.  YPO is the premier leadership organisation of chief executives in the world – and the group included young business leaders from America, Australia, Germany and 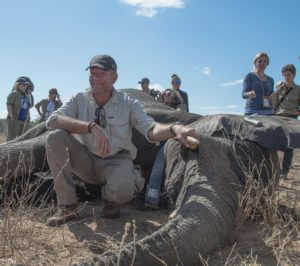 YPO funded the collaring operations for 7 young bull elephants, in and around the private Balule Nature Reserve – significantly expanding Elephants Alive’s study area to the west.  These elephants, aged between 15 and 25 years, have not previously been collared and data from their tracking movements will provide invaluable insights into the social dynamics and movements of these young bulls – how far do they range and how much do they associate with each other and the breeding herds. YPO also funded the recollaring of a female elephant, Charlize, whose old collar needed replacing. 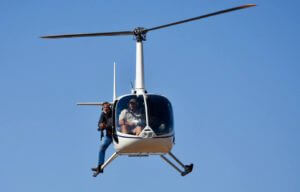 YPO funded all the collaring costs, and to thank them for their generous support, they were granted naming rights for the 7 new bulls.  So please meet Dex, Elon, Lekotla, Bocha, Induna, Khumo and Nthaba– we look forwards to news of their travels over the coming years... 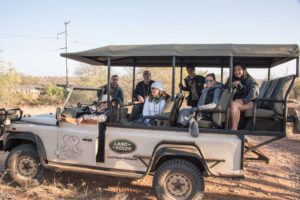 It was a pleasure and privilege for the Elephants Alive team to spend time discussing elephant conservation issues with such an influential network of international business leaders.  A very big thank you to YPO, Dex Kotze (YPO Gold Johannesburg), and event manager, Annie Sowden.

“I can say, without a scintilla of doubt, this was the most memorable, impactful, emotional and life-altering trip of my life”.  YPO participant, Dan Afrasiabi.