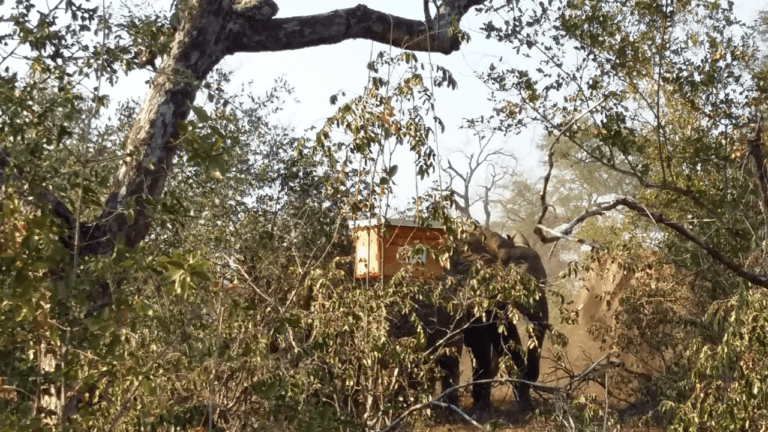 Elephants are considered to cause unacceptable levels of damage to certain large trees in some conservation areas. This damage exacerbates human: elephant conflict, with some calling for elephants to be culled to reduce tree damage.

Elephants Alive have been studying the impact of elephants on large trees since 2004,and looking at mitigation methods which could be used to increase the survival rate of large trees. 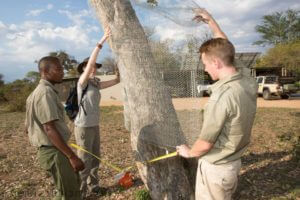 This includes wrapping chicken wire around the trunk to prevent bark-stripping by elephants. Over 3000 trees are being monitored for elephant impact, with half of them being protected from elephant effects in this way.

In 2015 Elephants Alive embarked on a unique project to use bees to protect iconic trees from elephant damage within the Private Reserves. It is known that elephants do not like bees, and beehive fences have been successfully used in East Africa to protect farmers’ crops.  So Elephants Alive have pioneered innovative research, using beehives suspended in a number of iconic marula trees.

115 beehives were made by the Elephants Alive team. Fifteen of these hives have been kept at the Elephant Research station at Mica for close monitoring and honey production.

A total of 50 occupied hives and 50 dummy hives (no bees, just an empty hive) have been hung at the study site on marked marula trees.

The results indicate the following:

This research was conducted during an extreme drought.  Sugar water feeding stations had to be provided, and a number of the hives were vacated by the bees or the colonies died, perhaps due to extreme temperatures and/or lack of food. 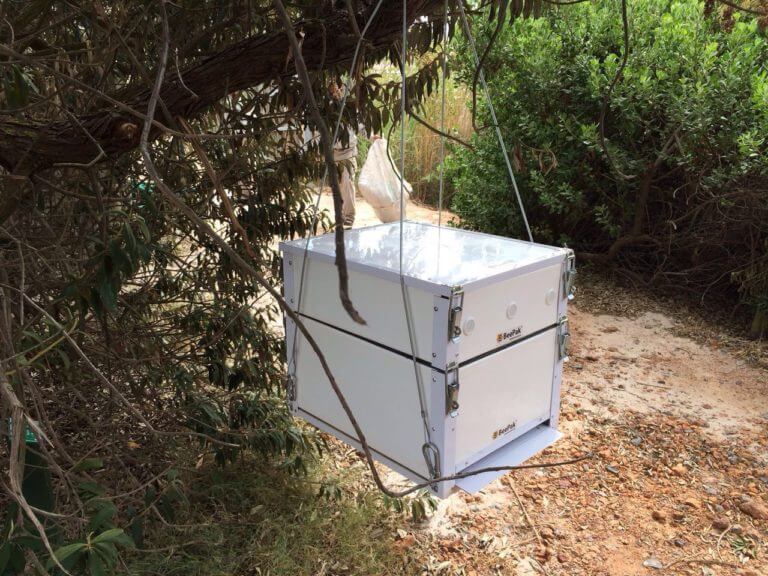 Following on from this success, Elephants Alive are now upgrading the hives, thanks to funding from the EMS Foundation– replacing them with superior “Beepak” hives. These hives better protect the bee colonies from adverse conditions, such as extremes of temperature, especially in the summer months and the bees can be fed as part of a system within the hive itself. Ronnie Makukule from Elephant Alive as been appointed as the Bee Programme Officer, and has been trained by to remove the swarms from the old hives and install them into the new Beepak hives. These larger hives also provide more space for honey and wax production. Harvesting the honey will upskill members of the local community, provide an alternative livelihood and increase food security. At the same time, human: elephant conflict is reduced, as the elephants avoid damaging the Marula trees with the hives. A win: win solution for elephants, large trees, landowners and the local community!