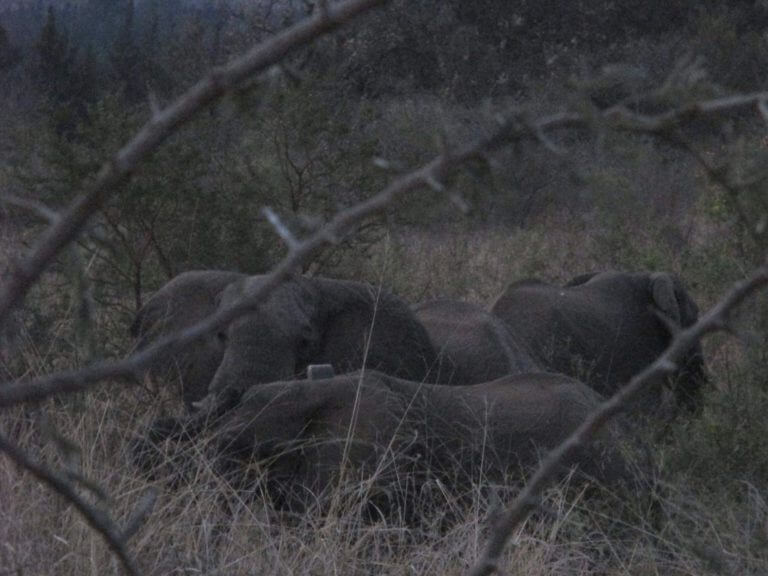 Three young bull elephants broke out of a local reserve a few months ago.  Up until now, they had not caused too much damage, staying hidden in the bush.  However this all changed when the elephants discovered mango orchards.  Elephants Alive got a call from Farm Watch to say the young pachyderms were now raiding farmlands at night - breaking mango trees, damaging gates and knocking down fences.

So the rescue mission commenced!

It proved hard to find the elephants, as they stayed hidden in thick bush at the foot of the mountains during the day – only commencing their farm invasions under the cover of darkness. So first of all, the Elephants Alive team, with top tracker Andreas Liebenburg from Bateleur Eco Safaris, managed to track the elephants on foot and get close enough to dart one with veterinarian Dr. Ben Muller, so that a tracking radio collar could be fitted. This elephant was named Wayne, in honour of Elephants Alive’s partner and supporter, Wayne Lotter who was murdered in Tanzania earlier this month.  So now Elephants Alive would be able to understand their movements and strategise their capture more efficiently. 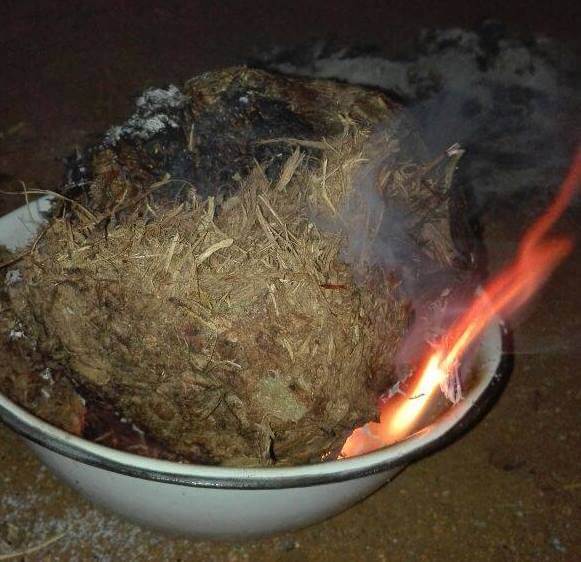 To help buy a few more days’ time to organise the rescue mission - Elephants Alive also started burning dung balls at night, at the entrance to the orchards.  These were impregnated with capsicum, a strong chilli essence which creates a pungent smokescreen, that the elephants avoid. All credit to the farmers, who fully supported the rescue mission, and wanted to help save the elephants, rather than have them shot. 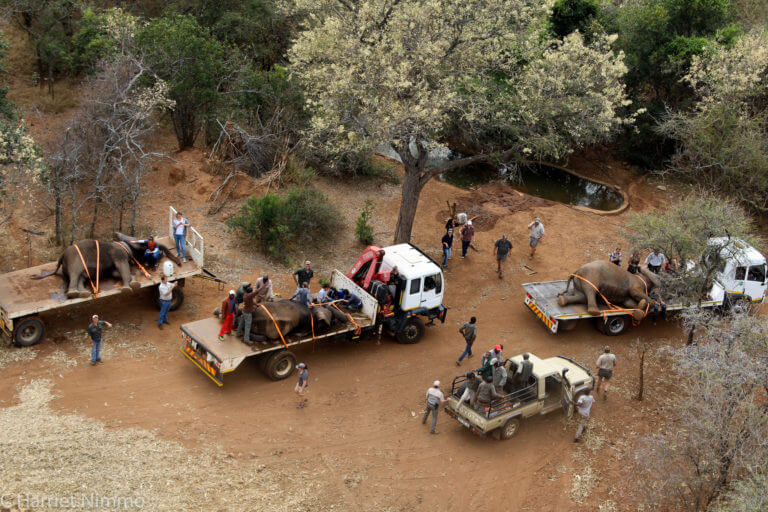 On Friday 1st September, two helicopters, two flatbed trucks complete with crane and a trailer, and a team of vets from Wildlifevets.com arrived from Nelspruit.  With Wayne’s GPS collar now showing us where the elephants were hiding, and thanks to some admirable skilful flying, the helicopters managed to drive the elephants out of a steep kloof and into a small open area.  Here Dr. Ben Muller could quickly dart all three elephants from the air.  As the anaesthetic kicked in – a bulldozer began clearing the way through the bush, so the flatbed trucks could reach the slumbering bulls. The elephants were then carefully hoisted and secured onto the trucks. And so the remarkable convoy could begin – with the three elephants driven out of the farmland, along the highway for almost 40km to the safety of the Protected Areas to rehome the runaways. 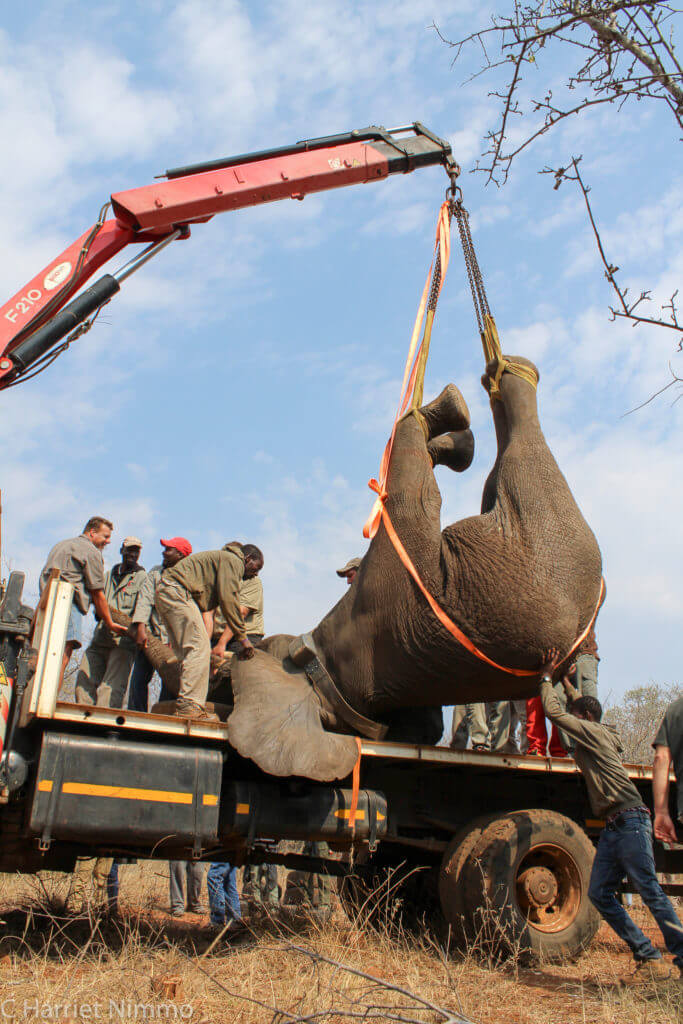 Once in the reserve, Elephants Alive fitted a small VHS collar to another of the bulls – so that now in their new home, their movements can be monitored to see if the three runaways stay together. 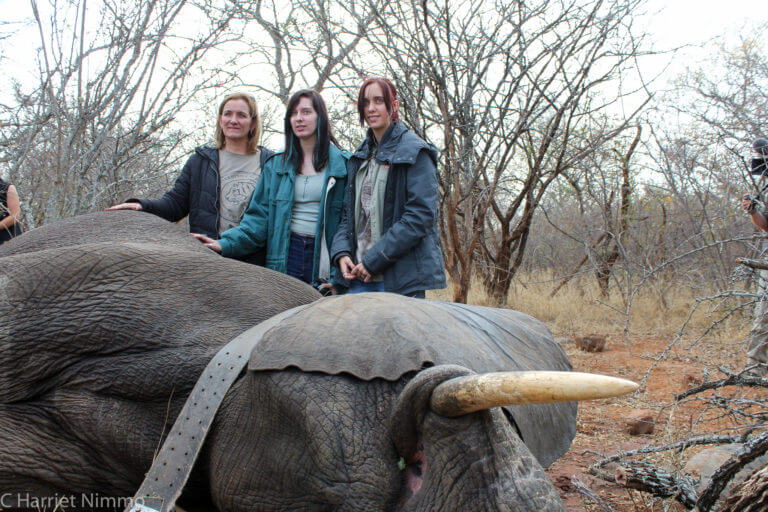 It was a long and tough day, made all the more poignant by having Wayne Lotter’s family, wife Inge, and twin daughters Tamsin and Cara-Jane accompany us. As one of the bulls had already been named Wayne, and in memory of the conservation hero, the other two escapees were named Derek and Lotter – Wayne’s middle and surname.  Elephants Alive look forwards to following the movements of Wayne, Derek and Lotter over the following months…. 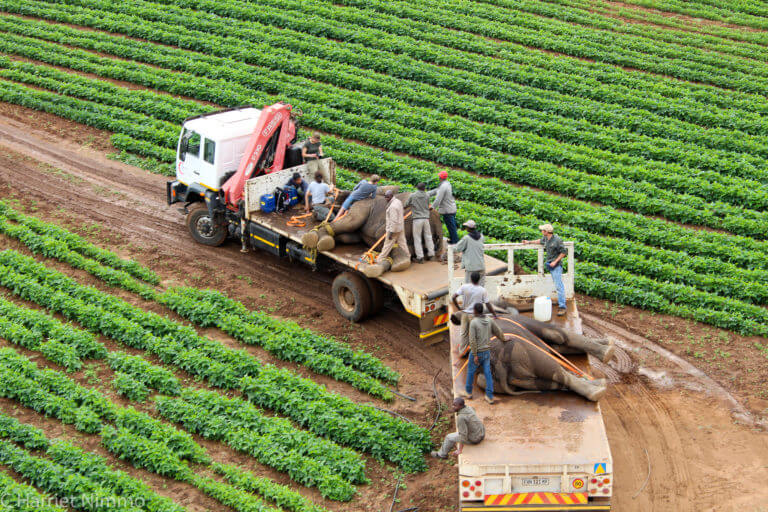 The relocation was logistically problematic, yet spectacularly successful due to the hard-working team of professionals who were involved in the rescue mission.

A very big thank you to:
The farmers Christo van Vuuren , Johan Janse van Vuuren and his farm manager Adriaan van Wyk, for their tolerance and care for the elephants; Lafras Tremper and Jane Pradines of Farm Watch for all their logistical support; helicopter pilots Jacques Saayman and Gerry Mcdonald;  vets Ben Muller, Silke Pfitzer and their teams; Johan Myburgh and Andre Pienaar for the trucks;  Byron Wright for supplying hay when needed to keep the elephants in the designated and planned capture area; LEDET Government Environmental Officer Lyle Wiggins for permit arrangements and traffic control;  Andreas Liebenburg for his tracking skills; Peter Smelting for his capsicum; the GVI managers Robert Mann and Leah Brown for commandeering the troops whenever needed. Last but not least, this would not have been possible without the sponsorship we have received thus far. Thank you to HSI and YPO, and our caring partners Transfrontier Africa who shared the fundraising plight with Pennies for Eles and Rettet das Nashorn. Craig Spencer, Lisa Truman, Amy Clark, Vivian Burns, Dex Kotze and Rob Garmany we salute you. We still have a way to go to fit all the bills so please donate if you can. Finally, an elephant sized thank you to Dr. Michelle Henley and Jessica Wilmot, of Elephants Alive, for their passion, dedication and hard work, organising and executing this rescue mission.